Incredibly warm for April, but freeze might still be in store for Michiana

NOW: Incredibly warm for April, but freeze might still be in store for Michiana

Less than one week into April, some across Michiana celebrated the first 80 degree high temperature of the season on Tuesday.

It was a spectacular day to get outside, which many did at the Wellfield Botanic Gardens in Elkhart.

It’s hard to be mad about my liveshot technical difficulties when it’s THIS nice outside and THIS beautiful around me! @WellfieldBG #DaveAndTheDaffodils
We’ll try it one more time on @ABC57News around 5:45 pm! pic.twitter.com/yLFdlwSKNH

However, just because summer weather has arrived in April, doesn't mean that Michiana is done with freezing temperatures.

Historically, the earliest last freeze we've ever seen is April 7. South Bend's average last freeze is the very beginning of May.

And while nighttime temperatures are expected to remain well above-normal (37 degrees) into next week, there are some indications that we could see some cooler weather by the middle of the month. 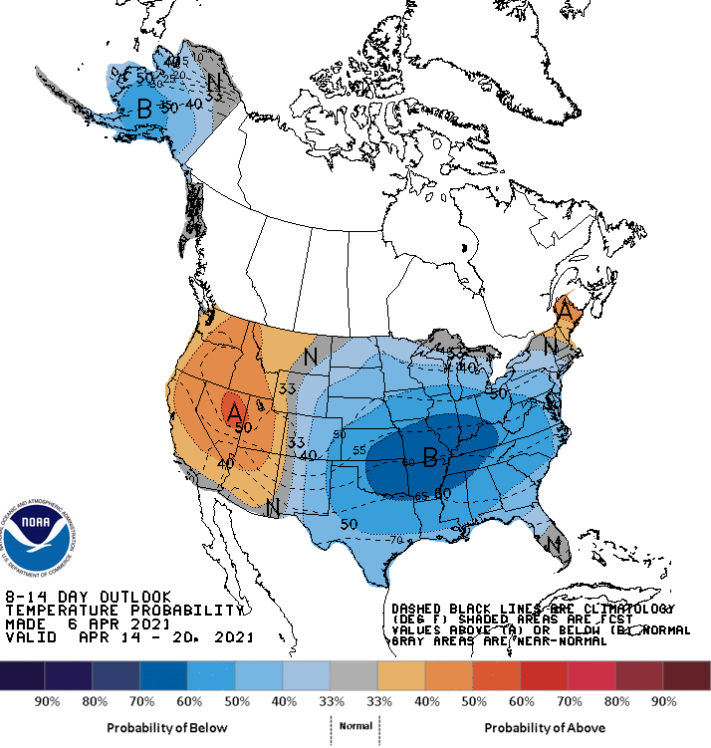 Whether or not temperatures will dip below 32 degrees again this April (or May, for that matter) is still up for debate.

So, while the 80s may have ignited the itch to get into the garden and start planting, you may want to hold off until we get later into spring.