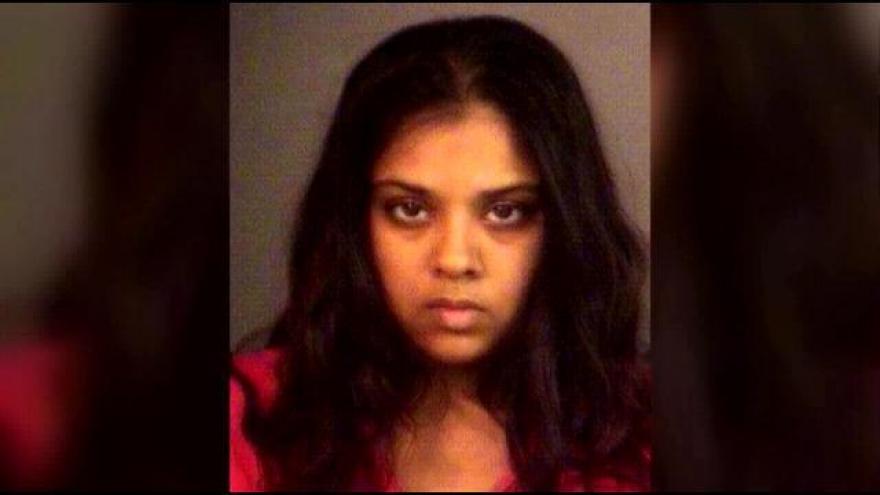 The Indiana Court of Appeals heard oral arguments in the Purvi Patel case Monday afternoon. Patel was convicted of feticide and neglect of a dependent after dumping her infant's body in a dumpster in July 2013.

At trial in January 2015, the prosecution said Patel purchased drugs over the internet to cause an abortion. After she delivered the baby at home, she placed it in a dumpster behind her parents' restaurant.

The defense argued the baby was stillborn.

Patel was convicted on both counts in February 2015 and was sentenced to 30 years in prison on the neglect charge, with 10 years suspended, and 6 years on the feticide charge, to be served concurrently.

Marshall argued the neglect of a dependent charge was not used properly in this case because the baby was not born alive. In addition, Patel did nothing to cause the infant's death.

She was charged with neglect for not seeking medical care for the child after it was born.

Marshall argued for the neglect charge to apply, the child had to be alive, but the state never presented evidence the child was born alive.

Dr. Prahlow testified the child took one breath in the trial, however, there is no evidence where that breath took place, according to Marshall. He alleges it could have happened in the birth canal.

Marshall also stated there was no evidence Patel had a conscious awareness the child was alive when it was born. Testimony presented at trial revealed she thought it was not alive.

Marshall argued there is no evidence medical intervention could have saved the child's life.

Ellen Meilaender argued for the state.

She said the neglect charge was appropriate because Patel did not provide medical care for the child and put it in the trash.

Judge Vaidik asked if there was any evidence the child was alive when it was placed in the dumpster. If the child was not alive, Patel was not endangering a dependent.

Meilaender stated there was DNA and blood in the bag and that suggested the child may have been alive. She also said Dr. Prahlow testified the child could have died from asphyxiation.

However, no one particular cause of death was determined, according to Meilaender.

Judge Bailey asked what evidence there was that Patel knew the child was alive.

The state said they could infer she knew the child was alive because she held the baby, was in close proximity to the baby after it was born.

When the feticide charge was discussed, the judges asked if it was the legislature's intention to charge a pregnant person with feticide.

The state argued the statute has been used before and because the legislature hasn't acted to clarify, the statute is likely being used as intended.
After one hour of arguments, court recessed.

The judges said they would issue an opinion as quickly as possible.

Today the Indiana Court of Appeals heard oral argument in the appeal of Purvi Patel v. State of Indiana where the defendant is seeking to reverse her convictions for neglect of a dependent, a Class A felony, and feticide, a Class B felony.  When offenders appeal their convictions or sentences, the Indiana Attorney General’s Office represents the prosecution in the appeal.

During the oral argument before the Court of Appeals, Deputy Attorney General Ellen Meilaender today argued that the trial verdict of the St. Joseph County Circuit Court should be affirmed and not reversed.  The State’s argument is that the evidence presented at trial is sufficient to support the defendant’s neglect conviction.  The State also argues that the defendant’s conduct falls within the feticide statute the Legislature passed, the statute was constitutionally applied to the defendant and that the prosecutor’s filing the feticide charge in this circumstance does not unconstitutionally infringe on the legal right to an abortion.

“This case involves an emotional subject for many. One of the strengths of our system of justice is it provides the opportunity through an appeal to check whether trial court proceedings were fair, and correct them if they were not and uphold them if they were. The State’s position remains that the St. Joseph County prosecutor and the trial court acted within their discretion under this tragic set of circumstances. On appeal, defendants have the burden of proof; and both sides -- the defense and State -- have the right to be heard,” Indiana Attorney General Greg Zoeller said.  The Attorney General’s Office represents the prosecution in approximately 1,300 criminal appeals each year.

Attorneys for the defendant and prosecution today had 30 minutes per side to present their arguments to the three-judge Court of Appeals panel.  As is the norm in appellate court, the judges often interrupted the lawyers with questions. The Court took the case under advisement and will issue its ruling at a later date. Patel currently is serving a 20-year sentence (30 years executed with 10 years suspended) in the Indiana Department of Correction.