Indiana and Michigan: well behind on tornadoes

NOW: Indiana and Michigan: well behind on tornadoes 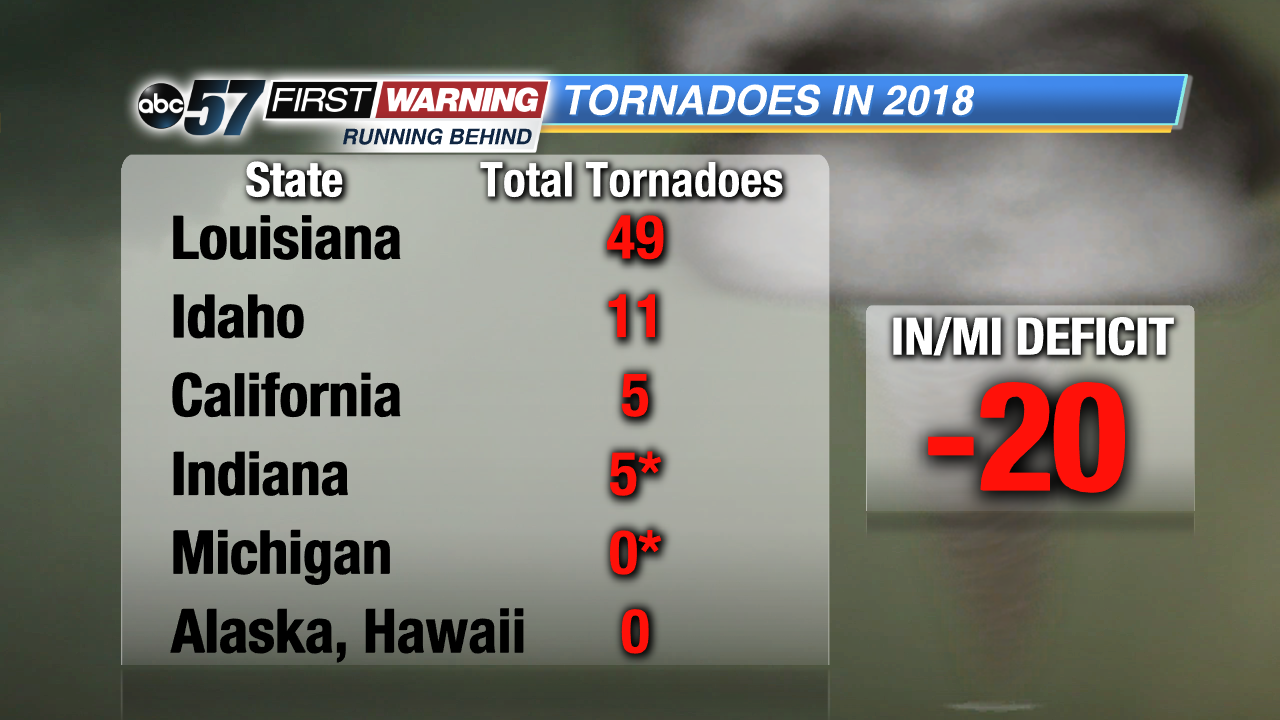 2018 has been unusual in the severe weather and tornado department thus far. We are now halfway through the year and both Michigan and Indiana are well behind the average in terms of total tornadoes seen. Michigan has seen no tornadoes and Indiana has only seen five. That puts the two states roughly 20 tornadoes below normal when combined. By now, Indiana should have seen about 15 tornadoes and Michigan 10. 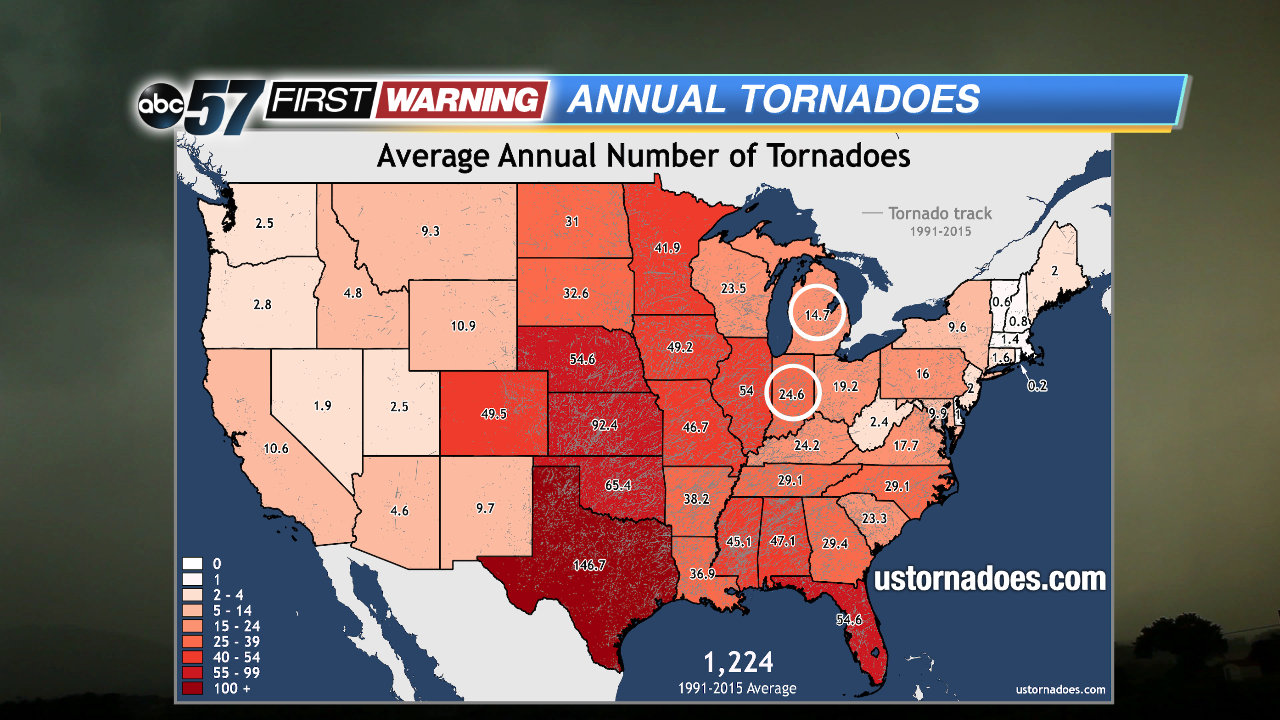 In a typical year, Indiana sees about 25 tornadoes; Michigan sees nearly 15. Neither of those are top-10 caliber numbers when looking at the United States as a whole, but they are much higher than what has actually been seen through the first half of the year. Through July 2nd, the Southeast and parts of the Plains have dominated in the tornado department. That includes states like Louisiana, Alabama, Mississippi, Nebraska, Kansas, and Wyoming. Between those six states, there have been 221 total tornadoes this year. 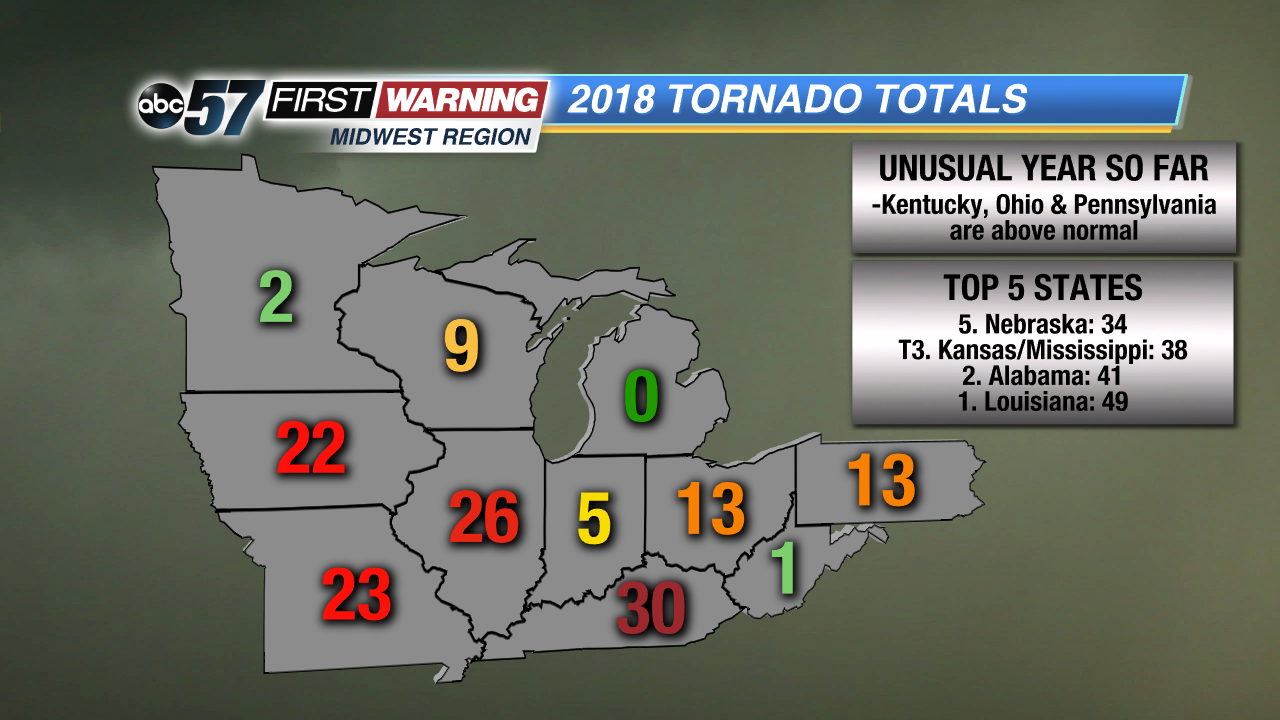 And that is to be expected. The Southeast and the Plains see the most tornadoes per year, on average, because of where they are located geographically. What is interesting, though, is states like Texas, Oklahoma, South Dakota, and Minnesota are all having very slow years despite their location in Tornado Alley. What it all boils down to is how things set up. The set-ups haven't been favorable for tornadoes in those states. The same can be said for Indiana and Michigan. We haven't seen things come together for supercells and severe weather despite plenty of warm and humid days. It's impossible to say whether or not Indiana and Michigan tornado numbers will increase over the course of the next six months, but it would be a pretty safe bet to say it will be more active overall in terms of severe weather and tornadoes. That's simply due to how abnormally quiet it has been up until point.