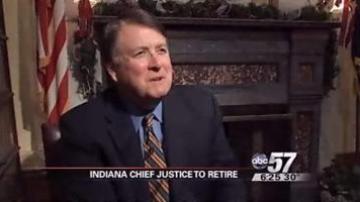 INDIANAPOLIS, Ind. -- The head of the Indiana Supreme Court has announced his retirement.

"It’s been an extraordinary opportunity to be involved in things that are interesting and valuable,” said Indiana Chief Justice Randall Shepard. “I think maybe it's time to let somebody else have that same terrific experience."

Randall Shepard will leave the high court in March. He's the longest serving chief justice in the country.

The 64-year-old was appointed to the court in 1985, and became chief justice two years later.