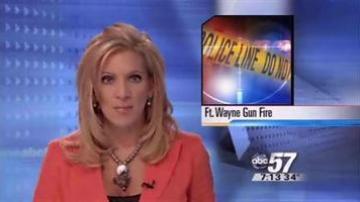 The shooting led to injury of a Deputy U.S. Marshal and the death of the suspect.

A federal warrant was being served to Marcus Hayden, and when the officers approached they were met with gunfire.

The Marshal suffered non-life threatening injuries, he was shot in the leg.

The suspect then jumped out of a window and when he was told to drop his gun, he refused.

He was shot by an officer and died later at the hospital.