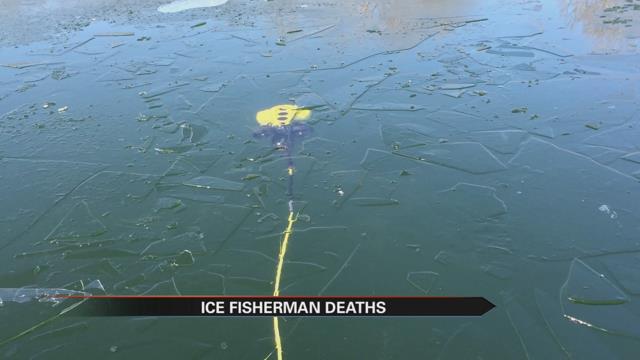 There are more details tonight about the deaths of two ice fisherman.

Both went missing Friday night in a quarry near Leesburg in Kosciusko County.

The Indiana DNR now calls it a heroic tragedy.

One trying to save the other ultimately lead to both their deaths.

The ice is in the quarry is very thin.

The term used by ice fisherman to describe it: honeycombed (or real soft).

Real soft ice that both the Indiana DNR and a local fishing expert says should not be walked on without a life jacket.

"Personally, for me, four inches is max, but there are guys that will go out there on two inches, " says Eric Pinkerton, Owner of Pinky’s Bait and Tackle.

Pinkerton’s shop is just six miles from the quarry in Kosciusko County, where the bodies of 29-year-old Dustin Reaker and 41-year-old Allen Stattler were recovered less than 24 hours ago.

Pinkerton says the friends and co-workers were always fishing together and visited his bait shop often.

"If they went fishing late at night - and I was up - I would come and open up no problem," says Pinkerton.

And even though temperatures were warming up, Reaker and Stattler contacted Pinkerton to buy some bait to go fishing Friday night.

Pinkerton believes the duo’s downfall could have been their choice of location.

"One problem with the gravel pit in Leesburg is it's got a lot of springs in it. It starts deteriorating pretty quick," says Pinkerton.

Deteriorating enough to cause this double drowning.

Officials are still working to learn how thin the ice was but the DNR says it doesn’t matter, any ice can be deadly.

"We always caution individuals to venture on to the ice when weather conditions are like this. And always use the buddy system -- don't try and rescue them by yourself. Always contact 9-1-1 immediately and try to get those emergency personnel there," says Jonathon Boyd, an Indiana Conservation Officer

The second of the two bodies was recovered early Monday and the investigation is ongoing.