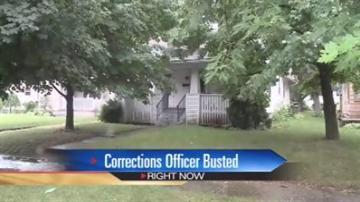 According to the St. Joseph County Prosecutor's Office, the charges are a result of a search warrant that was executed August 1 at 1830 E. Fox Street in South Bend.

Charges were filed Friday for maintaining a common nuisance, possession of marijuana and dealing in marijuana.

In the kitchen, troopers found an apparatus used for extracting THC from marijuana for the production of hashish oil. Inside the apparatus, troopers found a green leafy substance that tested positive for marijuana. It weight approximately 146 grams.

"Anytime you have staff that is convicted of doing something wrong, in terms of the law, and in this line of business, you would be totally surprised," said Gregory Cress, Superintendent of the South Bend Re-Entry Center.

Today 82° Mix of sun and clouds