Indiana gas prices among the lowest in the nation 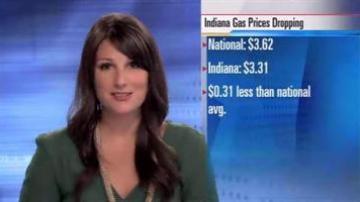 INDIANAPOLIS -- Gas prices in Indiana are among the lowest in the nation as prices continue to decline.

The national average for a gallon of gas dropped about 13 cents in the past week to $3.63. According to analysts that marks the biggest decline in a seven day period since late November 2008.

In Indianapolis the average price is about $3.31 a gallon.

Analysts said the drop in prices is attributed to falling oil prices, increased supply and the switch to the winter blends of gas.

But gas is still more expensive than last year at the time according to analysts. In OCtober 2011, the average price was $3.46.