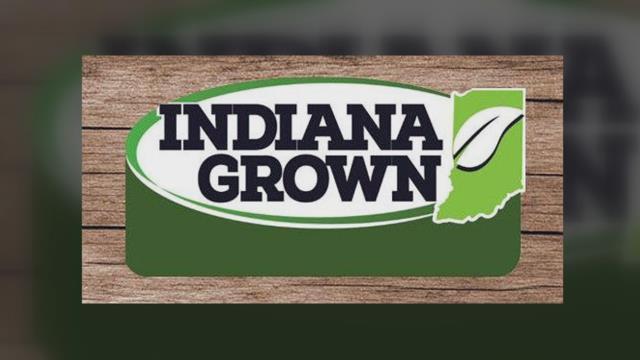 The Indiana Department of Agriculture wants more people to buy produce from local farms. And they've launched a new campaign to get you to do so.

Indiana is one of the 10 largest farming states in the country. But not enough people are buying. So now you'll start seeing logos popping up around grocery aisles like the ones at Kroger.

It's called the 'Indiana Grown' campaign, an effort to promote farm to store purchases in the state.

Less than 10 percent of food Hoosiers buy is locally grown and produced. This initiative looks to change that. If food is produced completely in the Hoosier state, you'll see a "100 percent Indiana" sticker or decal.

If food is from elsewhere but produced in the state, it will read "prepared in Indiana."

Leaders of the campaign say they the focus is on helping improve the state's agricultural economy. And the best way to do that is supporting in-state farms.

"We purchase about $15 million worth of food in Indiana," said David King, Indiana Grown program manager. "But only about 10 percent comes from Indiana so that means we're purchasing 90 percent of the food we eat from other states and there's really no need to do that. We just need to change our focus."

It's not just for food either. You'll see the logo on firewood, whiskey and wine too.

You'll start seeing these stickers popping up around store fronts throughout the remainder of the summer.