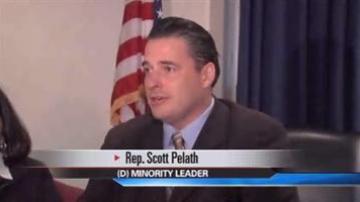 INDIANAPOLIS – The Indiana House Democrats have a new leader.

The Democratic Caucus elected Scott Pelath to lead the Democrats in the State House next year.

Pelath is an eight term representative from Michigan City.

The caucus is looking to rebuild after losing nine seats in the election.

The loss means that the Democrats can longer block action in the chamber by walking out.

There had been speculation that ousted minority leader Pat Bauer would try to reclaim his job.

But the South Bend Democrat told the ABC affiliate in Indianapolis that being in charge of such a small minority was not worth it. He also believed Democrats would not have lost so many seats if he was still in charge.