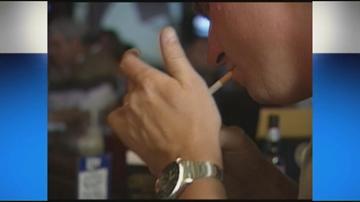 INDIANAPOLIS -- Working late into the night on Thursday legislators in the Indiana House voted 60 to 33 to approve a statewide smoking ban bill.

Debate over the bill dragged on over what businesses would be exempted from the ban.  In the version passed in the house bars, private clubs, tobacco shops, casinos and some in-home businesses will not be subject to the smoking ban.

The numerous exemptions angered some health groups, some saying that the exemptions made the bill so weak that it might as well not be passed at all.

For the past six years legislators have tried to pass a statewide smoking ban in Indiana, those that supported the ban said any type of statewide ban was preferable to nothing.

With the legislative session scheduled to be adjourned at the end of the day on Friday the state Senate is expected to vote on the bill early Friday morning.  Republican Governor Mitch Daniels has said he would sign into law any smoking ban bill that is put on his desk.