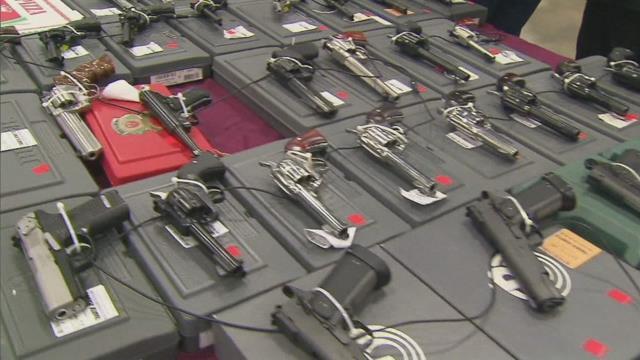 President Barack Obama addressed the nation last week on gun  legislation and in his speech he called out the Hoosier state for greatly contributing to violence on the streets of his hometown.

Just days after the President’s remarks, Indiana lawmakers debated a new proposal on the floor of the Statehouse on Wednesday.

Senate Bill 36 would forbid a handgun applicant from being asked questions concerning prior criminal convictions related to alcohol abuse.

Moms Demand Action for Gun Sense in America was also in attendance at the Statehouse.

According to their Facebook page, they say guns and alcohol don’t mix.