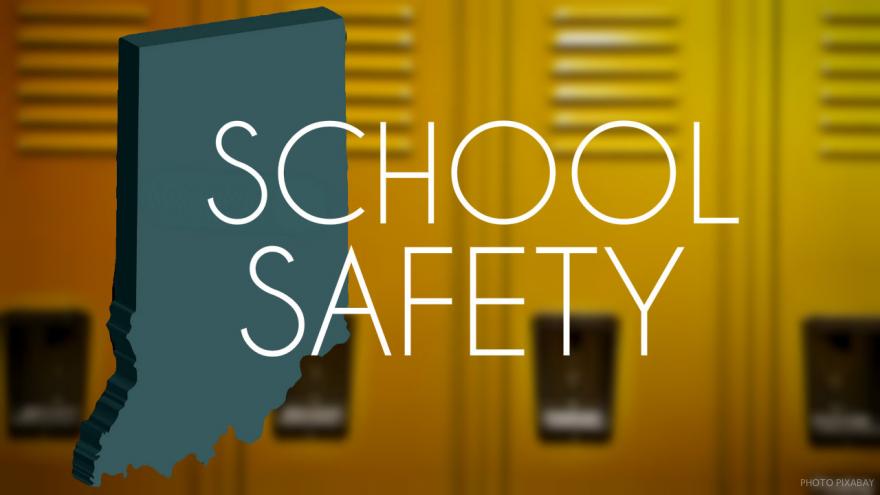 In a 135-page report from the State of Indiana, mental health among other important topics topped the list of recommendations made to make schools safer.

This comes only months after a shooter opened fire on fellow students at Noblesville West Middle School which officials say was a “stark reminder to stay vigilant.”

The report is broken down into three main categories where there could be improvements to the Indiana education system.

Over 400 responses and suggestions were collected by the state from school districts, first responders and other safety officials.

To date, 47 percent of the $100 million invested into Indiana’s school safety has been spent on the presence of law enforcement. The rest of the spending breaks down to 52 percent used for equipment while only 1 percent has been used to complete threat assessments.

Those threats could include potential school shootings. Statistics released by the state say there were 52 active shooter incidents in the U.S. from 2000 to 2017, with the majority occurring in cities with less than 100,000 people.

The state’s report does not touch on gun policies or regulations.

“We felt this topic would be better addressed by legislators and other policymakers who have more time to research and evaluate the varying viewpoints on the topic and broader jurisdiction over these types of rules, regulations, and statutes governing guns,” read the report.

Officials say their recommendations are an “opportunity to address mental health issues at an early age” and give students a safe environment to learn in.

GIVE THEM MORE MENTAL HEALTH SUPPORT

According to the state, the problem with mental health is either the student isn’t receiving the support they need or educators lack the knowledge of how to identify and respond to a mental health crisis.

The goal is to never reach a “never event” which is categorized as suicide, homicide, sexual assault or bullying.

To prevent a “never event” this is what the state recommends:

More than $53 million has been awarded to schools by the Indiana Secured School Fun since 2014. The fund has paid for cameras, alarms, and hardened doors. In today’s digital world, the state is asking schools to catch up and offer new platforms and paths of communication.

Information sharing between entities are difficult due to privacy reasons, according to the report. Some school codes may need legislation introduced or amened in order to change for a increased value of preparedness.

The report contains a letter from Indiana Governor Eric Holcomb asking the General Assembly for another $5 million on top of an annual $10 million invested into the Secured School Fund.

Other suggestions by the State of Indiana included physical modifications to school buildings such as more windows, perimeter fencing, and “checkpoints” for those entering school buildings.