Indiana man who fired at a gas station in police custody 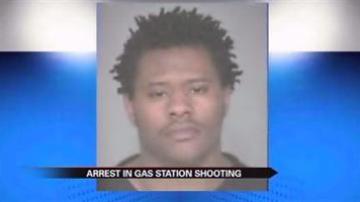 SPEEDWAY, Ind. -- Police say that an Indiana man suspected of firing at a gas station is now custody because of surveillance tapes.

Police say that Eric Butler fired a gun at a Speedway gas station in June.

Butler was busted after police caught him on camera fighting with the man he shot at a nearby nightclub.

There were a number of witnesses but police say they all took off, likely out of fear.