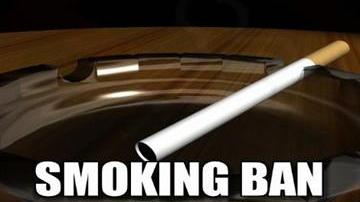 INDIANAPOLIS, Ind. -- Indiana is one step closer to adopting a statewide smoking ban.

A state senate committee voted 8 to 2 in favor of the proposal. Casino gaming floors, tobacco shops and private clubs would be exempt, but bars, taverns and night clubs would have to comply within a year and a half.

Supporters say the law would lead to improved health for people. Some business owners say the bill will crush their livelihood.

“Why shouldn't Indiana turn around and set a preference as far as saying okay? We're not going to take these rights away from people,” said Charles Rogers.

“Indiana's No. 1 preventive health risk to our population is the use of tobacco and exposure to its by products,” said State Health Commissioner Dr. Greg Larkin.

The governor plans to sign, that’s if the bill comes to his desk.