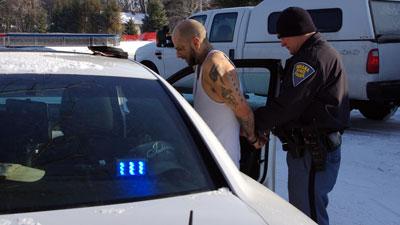 Troopers discovered an active meth lab, drug paraphernalia and evidence suggesting the residents were dealing meth, according to a release from the ISP.

Felipe Tapia, 37, and Gregory Prater, 31, were arrested at the home.

Anthony Berg, 18, was taken into custody at another location.

All three are facing charges of dealing, manufacturing and possession of methamphetamine.