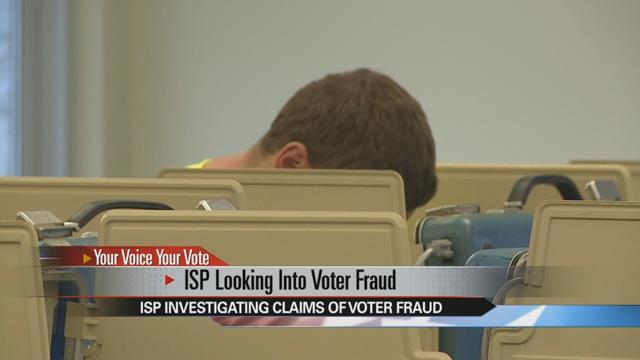 Several instances of fraudulent voter registration forms have been confirmed.As of now, authorities don’t know if this is limited to these two counties.

Since these investigations are complex and time consuming, there is a possibility other counties could be affected causing the investigation to expand.

Usually officials don’t speak on ongoing investigations, but due to the potential impact these allegations might have on Hoosiers, they want to get the word out now.

According to Indiana State Police, representatives of the Indiana Voter Registration Project submitted these forms with missing, incomplete, or incorrect information.

Now, the state police have six detectives investigating other doubtful forms in Hendricks and Marion County. Once the investigation is complete it will be forwarded to prosecutors for possible action.

For that, one must have a current and valid Indiana driver’s license or Indiana identification card for non-drivers.

A website specifically for Indiana voters helps ensure your vote gets counted. Polling places, ballot explanations and absentee ballot options are all listed.

For the users that are visually impaired there is a free screen reading and a translation tool for foreign language users.

The last day to register to vote in Indiana and Michigan is October 11.

Early voting is from October 12 to November 7. Election day is November 8. That day polls will be open 6am-6pm, just make sure you have an accepted form of ID with you.