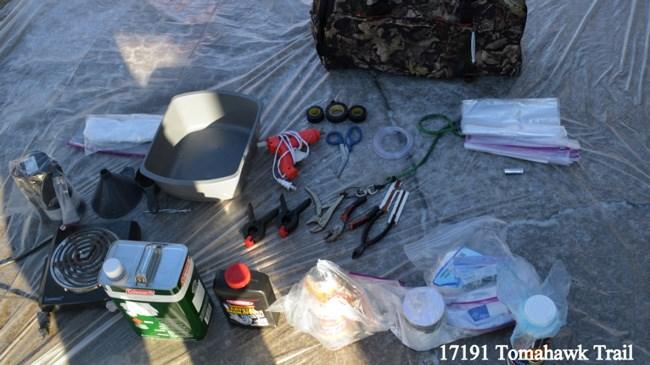 The first warrant was served around 8:30 a.m. Friday at 401 Pennsylvania Avenue.

The residents of the home were questioned and later released.

The second raid happened around 2 p.m. Friday at 17181 Tomahawk Trail. Troopers say they found meth and an active lab at the home.

Nicholas Creighbaum, 37, was arrested on preliminary charges of manufacturing methamphetamine.

Around 5 a.m. Monday, ISP served a search warrant at 1605 Lake Avenue. Troopers say at the home they discovered marijuana, meth and narcotic pills. The home is across the street from Washington Discovery Academy school.

A child was at the home and was taken into protective custody by the Department of Child Services.

The fourth search warrant was served Monday around 6 a.m. at 707 Beerenbrook Avenue. ISP says they found meth in the home, along with 2 children.

Pedro Pinon, 38, was arrested for possession of methamphetamine, maintaining a common nuisance, and child neglect.

The two children were taken into protective custody by the Department of Child Services.