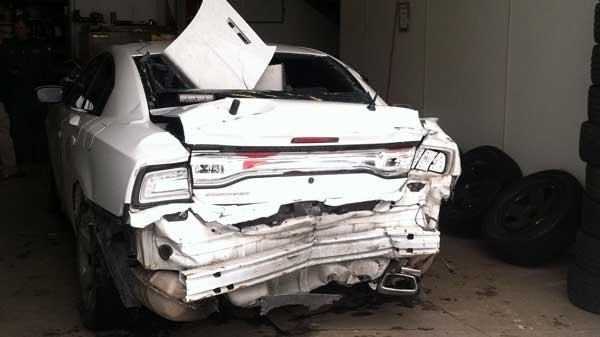 An Indiana State Police trooper was taken to the hospital after an accident on the Indiana Toll Road in St. Joseph County Thursday morning.

According to the Indiana State Police, Trooper Andrew Kocsis, 32, was on the toll road working a single vehicle accident at the 76 mile marker.

Just as he got into his cruiser, an SUV rear ended his vehicle and pushed his vehicle into the back of the vehicle from the previous accident.

The driver of the SUV, Shane McAdams of Cedarburg, Wisconsin, lost control of his vehicle on the ice covered bridge just west of the South Bend East exit.

The trooper was taken to Memorial Hospital in South Bend with non-life threatening injuries.

The woman involved in the original accident was also taken to Memorial Hospital for treatment.

The trooper was on the toll road responding to an earlier crash.