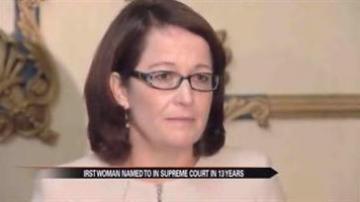 INDIANAPOLIS -- The Indiana Supreme Court has a new judge and she is the court's first female judge in 13 years.

Judge Loretta Rush was named to the court on Friday.

Rush say she feels no extra pressure because of gender.

And says while it will not be an issue in the future, diversity on the court is important.

"I think a lot of the justices come from different diverse backgrounds, some of it might be gender, it might be their practice or other areas but I'm very thrilled to be a woman justice on the Indiana Supreme Court," Rush said.

The governor says the pick is based on quality.

Rush earned her undergraduate degree from Purdue and her law degree from Indiana University.