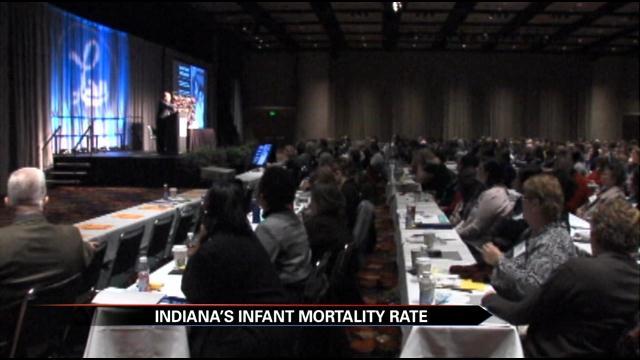 Infant mortality is a major issue in Indiana.

Indiana ranked in the top 25-percent of the nation in infant mortality rates.

A summit was held in Indianapolis Thursday to address the issue, and health officials and community organizers spent the day exchanging ideas on how to lower the rate.

Big companies like Wal-Mart and CVS are just two companies pledging their support to help.

Health officials are saying children sleep could be one of the major issues.

Adams went on to say that almost eight percent of every 1,000 babies died before turning one in Indiana in 2013.