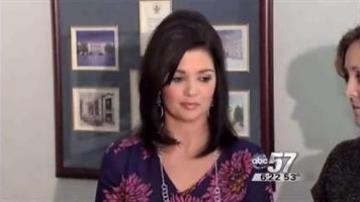 FORT WAYNE, Ind. -- An Indiana teacher who said she was fired by the Fort-Wayne South Bend Diocese for having in vitro is speaking out!

On Friday, Emily Herx held a news conference in Indianapolis.

The diocese said in a statement that Herx knew the rules.

But she claims she suffers from a medical condition that causes infertility.

Now, she's filed a lawsuit against the diocese.

"We're devastated. To lose- it was my career, I was so passionate about it and we were just blindsided. We are hoping that this makes a change," said Emily Herx.

Herx's lawyers said that the diocese has 60 days to respond to the lawsuit.