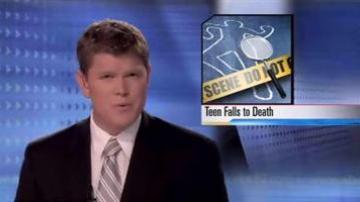 INDIANAPOLIS -- An Indianapolis teen is dead after he fell from an apartment balcony near the Indiana University-Purdue University campus early Monday morning.

Police say that Xaiver Somerville, 18,  was trying to escape from officers at a late-night party when he was lost grip on the fifth floor balcony and fell. Somerville was a Purdue freshman at IUPUI.

The teen was taken to a local hospital where he later died. His name has not been released.

Several people were cited for under-age drinking. Officials say they are taking this seriously.

"We do want that message to go out as well. Those people who purchase alcohol for minors or provide them a place will be held accountable," said Cpl. Travis Thickstun of the Indiana Alcohol and Tobacco Commission.

Students held a vigil in his honor at the apartment complex Monday evening.