Indiana upgraded to level 4-of-5 category for flu activity

SOUTH BEND, Ind. -- The Hoosier State has once again been upgraded in the flu activity department. Indiana is now included in the Centers for Disease Control and Prevention's level 4-of-5 "Regional" category. 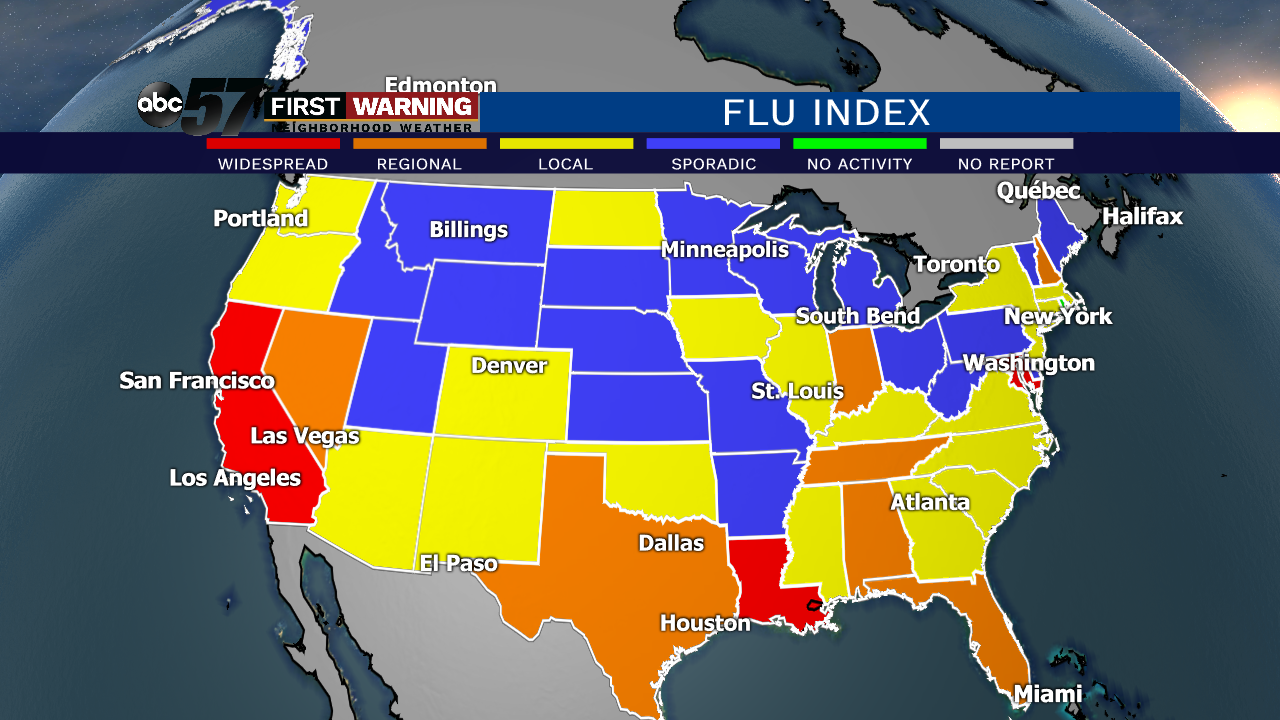 Flu activity map as of the week ending November 9th. CDC
The flu season may still be young, but several states have seen their flu activity levels rise rather quickly over the last couple of weeks.

However, nearby states like Michigan, Ohio and Wisconsin are still only in the CDC's level 2-of-5 "Sporadic" category. The activity level has remained stationary in those states since early October. 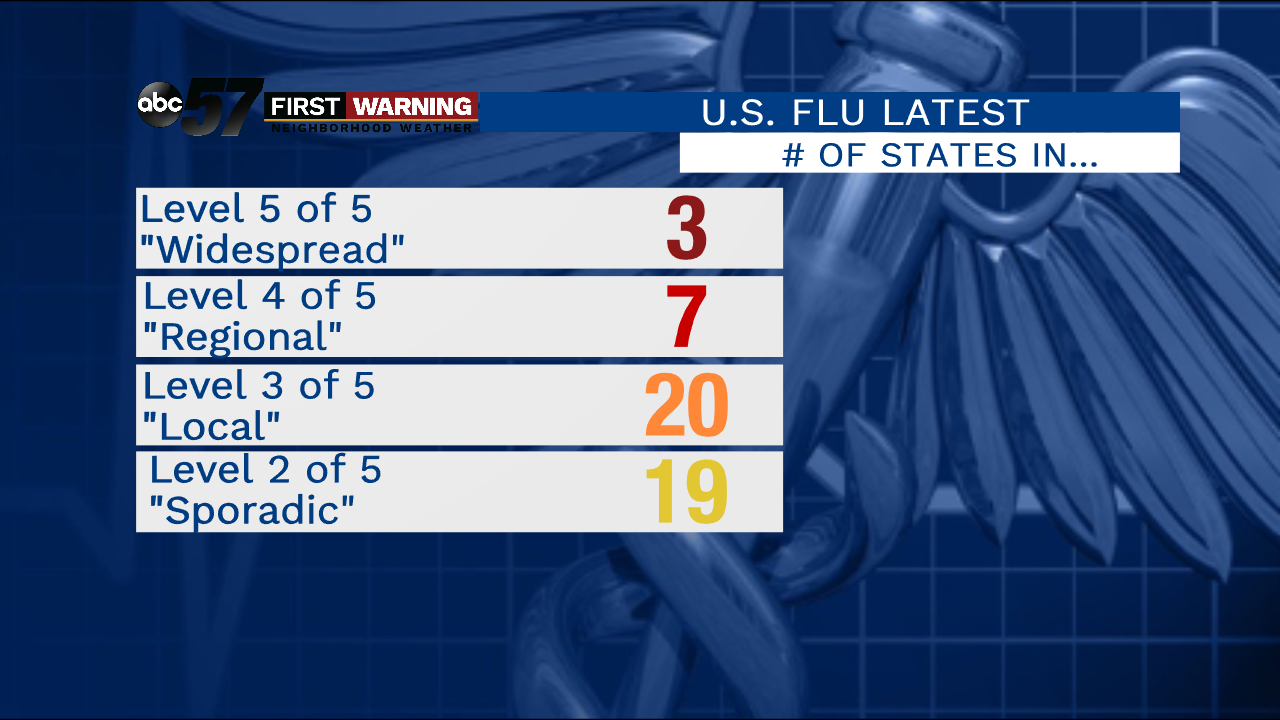 As of November 9th, there are ten states in either the highest or second-highest category for flu activity. Here's the breakdown: 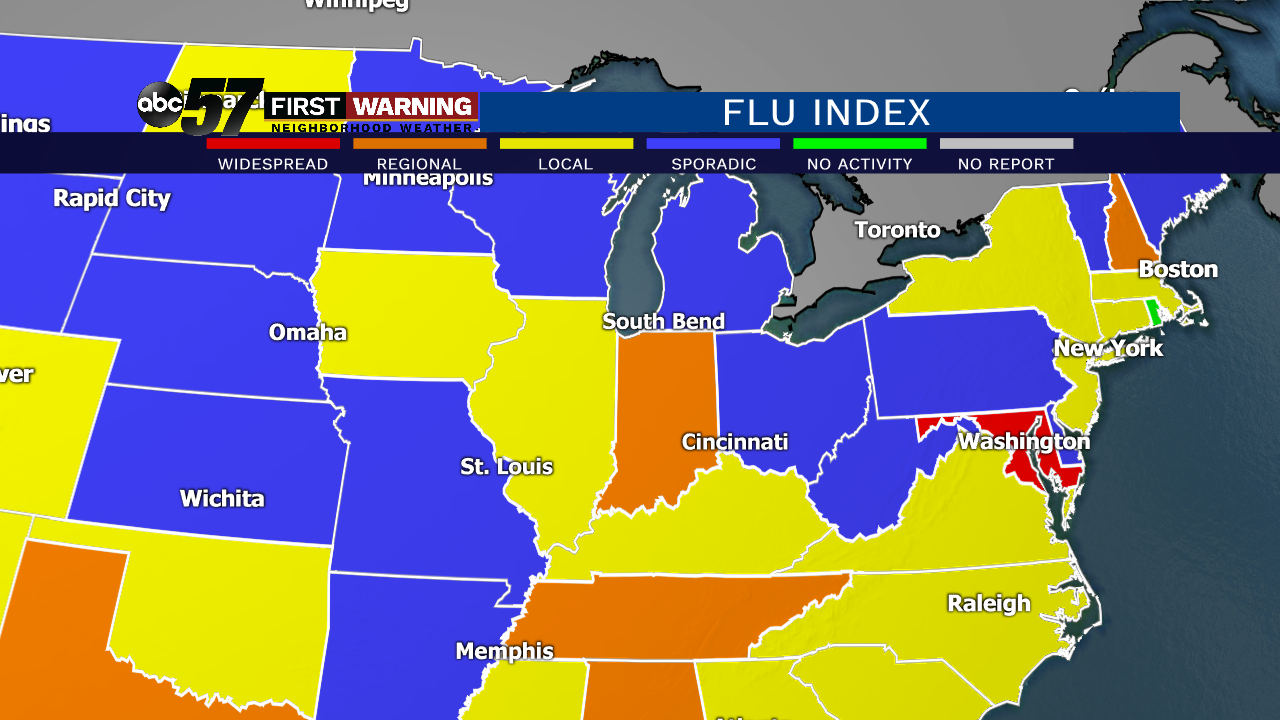 Indiana is the only state in the Great Lakes or Midwest with high flu activity levels. It's important to remember that just because a certain state has lower flu activity does not mean you can't get the flu.

You should always adhere to flu safety and take precautions regardless of where you are. 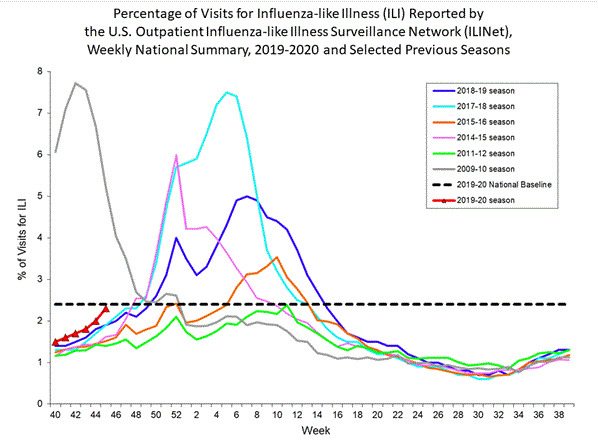 Flu activity compared to past years. CDC
But just how bad is the current flu season compared to the last several years?

The graph above shows how the current flu season is off to the second-worst start of the last seven years.

Only the 2009-2010 flu season got off to a worse start in terms of outpatients complaining of influenza-like illness.