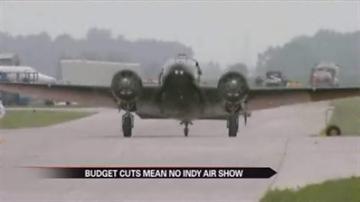 INDIANAPOLIS -- The Indianapolis Air Show is cancelled. Organizers say they are too concerned over what is happening with the sequester.

The show at the Indianapolis Regional Airport in June was supposed to feature the Blue Angels.

The US Navy Team is grounded right now because of budget concerns.

"We lost a $10,000 sponsor yesterday because of this uncertainty," said a representative.  "And, our ticket sales, which would be starting up now, if we sold too many pre-sale tickets and then ended up having to refund all those tickets that people bought, waiting another month, that could be problematic from our cash flow side."

The air show committee does not plan to do anything in place of it this year. They expect it will be back on in 2014.