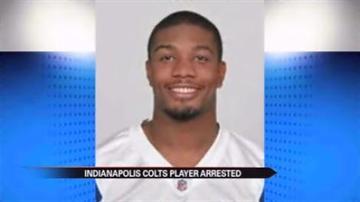 WASHINGTON — Indianapolis Colts safety Joe Lefeged is in a Washington D.C. jail. According to police, he was arrested on five charges including carrying a firearm without a license.

Police say he and two other males sped by an officer around midnight Friday. When police tried to stop them, they took off, eventually abandoning the car.

Lefeged and another male who was in the vehicle will both face several charges.