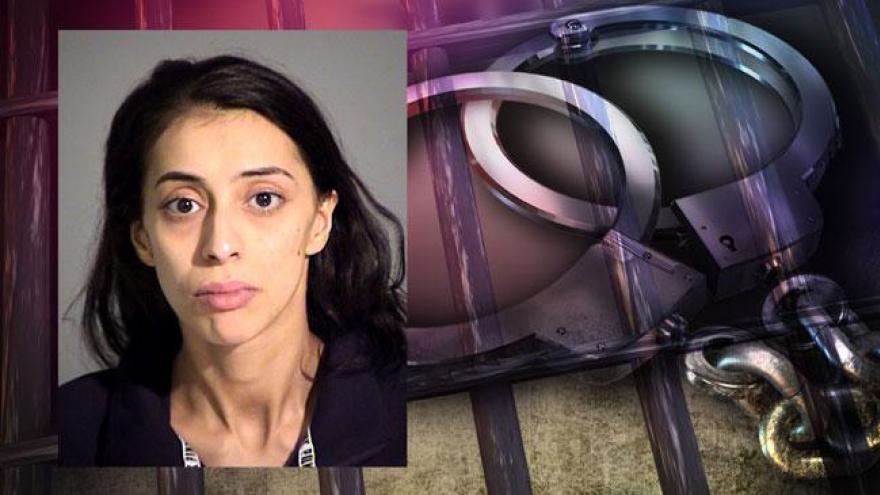 INDIANAPOLIS (CNN/WXIN)  -- An Indianapolis woman is accused of hiding her baby's remains in her house and a freezer for several days.

Fayzah Al-Khatib faces one felony count of obstruction of justice, and a misdemeanor count of failure to report a dead body.

Court documents filed in Marion County say the investigation began on Feb. 4, when Indianapolis Metropolitan Police officers were called to Little & Sons Funeral Home on East Stop 11 Road. The funeral director told police that Al-Khatib and two family members had arrived at the funeral home with a "frozen, deceased baby girl wrapped in a white trash bag, wrapped in a blanket and placed inside a soft-sided cooler."

During interviews with police, Al-Khatib, who was not married at the time, said she had not told her religiously strict family about her pregnancy. She said she gave birth to the baby girl in the bathroom of her east side home on Jan. 31.

An autopsy showed the baby girl was between 36 and 37 weeks along, and weighed just over 5 pounds. The autopsy "could not determine if (the baby) was stillborn or not due to the advanced stages of decomposition," court records said.

The subsequent investigation found photos of the baby on Al-Khatib's phone, which were taken January 24, one week earlier than when Al-Khatib said she delivered the baby. Investigators also found internet searches for "frozen dead body," and "what does an autopsy reveal." Another internet search was for "Suboxone."

Al-Khatib admitted to taking Suboxone and Vicodin during her pregnancy, but she denied abusing the drugs.

"We've got a girl who went though something tragic and we want to resolve this in a fashion that helps everybody," said Al-Khatib's defense attorney, Brady Lory.

Lory says the case should serve as a tragic reminder of what state laws require when a person discovers a deceased individual.

"If you run across an individual that's been harmed or might be deceased, you have a duty to report that," Lory said. "And that's a statutory obligation."

The charge of failure to report a dead body alleges that Al-Khatib knowingly or intentionally failed to report the the body to a public safety officer, the coroner, a physician or a 911 call within three hours of discovering the body.

The charge of obstruction of justice alleges that Al-Khatib failed to report and hid the body so that an investigation into the death could not occur. It also alleges Al-Khatib's intent to prevent the baby's body from being used as evidence in the death investigation.

Al-Khatib is the only person charged in the case. Her trial is currently scheduled for July 19.