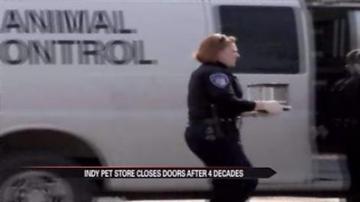 INDIANAPOLIS — A pet store in Indianapolis that has been a staple for decades closed its doors Thursday.

The Indianapolis Animal Care and Control got a complaint last week about the conditions. The complaint was regarding hundreds of dead animals and other pets in cages standing in their own feces.

The owner says he did his best to add another ventilation system.

He also cleaned all their cages.

He was forced to close the store because he didn't have enough time.