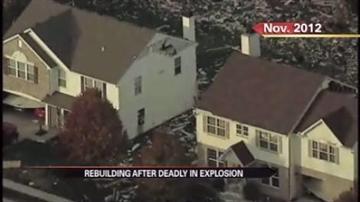 INDIANAPOLIS — An Indianapolis woman who lost her home in a deadly explosion has decided to rebuild in the same neighborhood.

Two people were killed in that explosion in November. Many neighbors in the area decided not to rebuild in the same location.

One homeowner say she will move back in because it will give her family and neighborhood a new beginning.

Three people are facing charges in connection with that explosion.