Indiana's religious freedom law: What you need to know 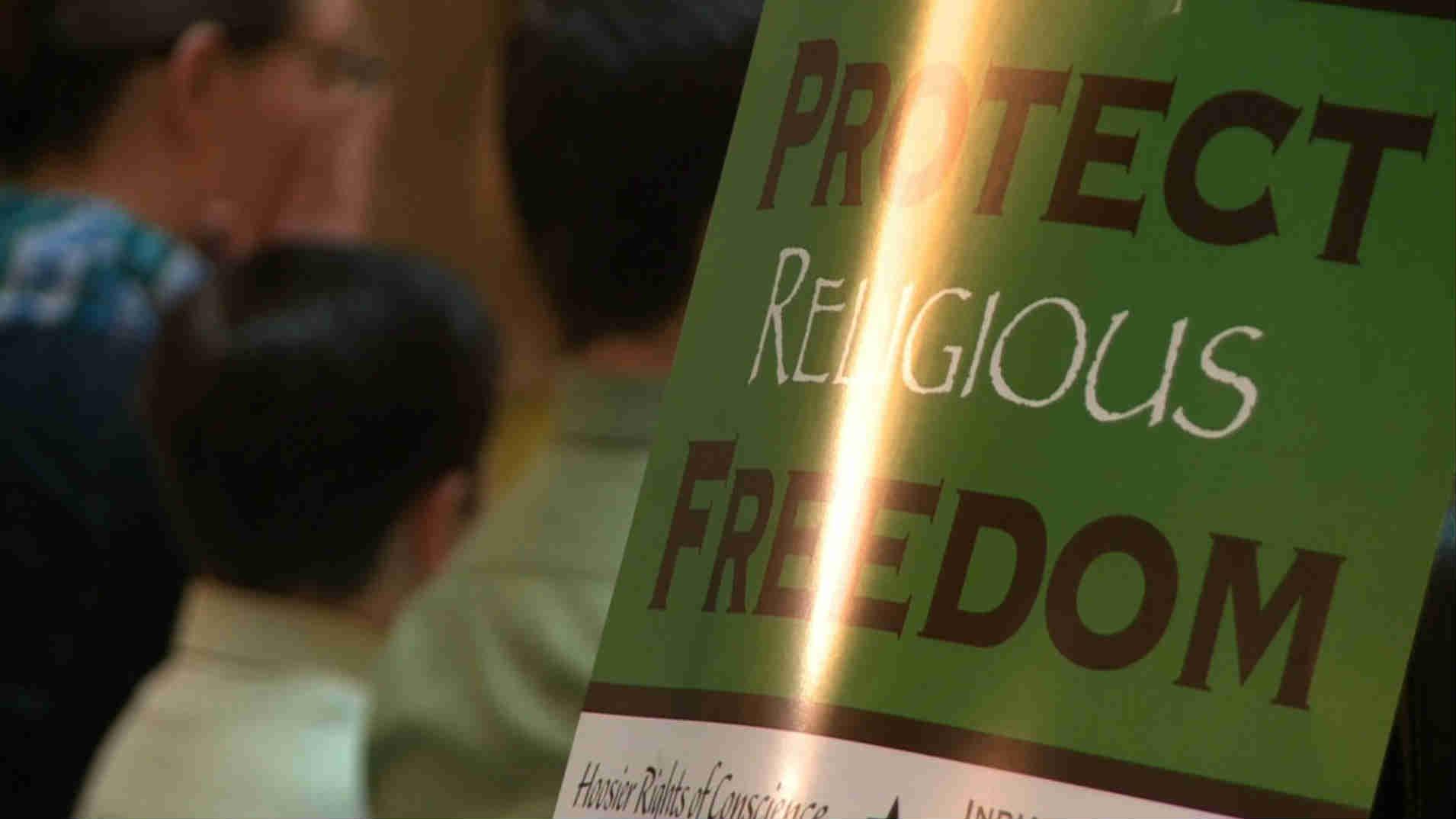 Indiana Gov. Mike Pence stirred up controversy this week when he signed a "religious freedom" bill into law.

The law has businesses and civil rights groups up in arms and threatening -- or in some cases pledging -- to boycott the state.

The reaction has gotten so hot, that on Saturday, Pence told The Indianapolis Star that he is working with legislators to amend the law and "clarify" that it does not promote discrimination.

He told the Star that a new bill would likely be introduced in coming days but did not specify what it would say or who would introduce it.

What's so controversial about religious freedom?

It's not so much that religious freedom has suddenly become controversial, but rather critics of the bill assert the law could be used by individuals and businesses to discriminate on the basis of religion -- particularly against the LGBT community of lesbian, gay, bisexual and transgender individuals.

But civil liberties and gay rights groups assert that the law could be used by businesses to deny service to people based on their sexual orientation and justify that discrimination based on their religious belief.

So what qualifies as a substantial burden?

Well, that's not entirely clear and would likely have to be litigated in the courts if cases involving this law come up.

Supporters of these laws bring up the example of a florist who refuses to sell flowers for a gay wedding or a baker who won't make that couple's wedding cake -- and it's clear this law is aimed at fending off lawsuits that florist and that baker might face.

But what about a restaurant that refuses to serve a gay couple simply wanting to sit down for a meal?

"It would foil any lawsuit against a supplier who acted on religious grounds, but the law can get squirrely," CNN Legal Analyst Jeffrey Toobin said, adding that it's likely that a refusal to serve a gay person wouldn't stand under the law, but a refusal to provide a service for a gay wedding would.

Is Indiana the first state to implement this kind of a law?

Nope. It's actually the 20th state to adopt a "religious freedom restoration" law, most of which are modeled after the Religious Freedom Restoration Act, which President Bill Clinton signed into law in 1993.

But that law passed with the backing of a broad-based coalition and wasn't set against the backdrop of gay rights or the wave of marriage equality laws that have swept the country in recent years.

The law in Indiana, though, as well as the slew of other states it follows, came after an outcry from social conservative circles over incidents where business owners found themselves in hot water after refusing services to gay couples planning to get married.

In addition to those 20 states, legislators in nine other states have introduced similar types of "religious freedom" laws -- bills that either failed to go through in 2014 or are still up for consideration this year.

But Adam Talbot, a spokesman with the Human Rights Campaign, a gay rights group, stressed that those 20 laws are "dramatically different in their scope and effect."

"Calling them similar in this way risks being misleading. Indiana is the broadest and most dangerous law of its kind in the country," Talbot said.

Arkansas' legislature passed an Indiana-style law on Friday, which now heads to the state's governor for approval.

Religious liberty -- and using it to push back against same-sex marriage and other gay rights -- has become the rallying cry for the social conservative movement in the last year as these groups have watched one anti-gay marriage law after the next tumble in the courts.

And standing behind with Pence as he signed the bill were several socially conservative lobbyists, the ones who pushed for the law and are fiercely opposed to same-sex marriage.

One of those lobbyists, Eric Miller, explicitly wrote on his website that the law would protect businesses from participating in "homosexual marriage."

"The only reason these laws have passed is because of same sex marriage. Everybody knows that," Toobin said. The political calculation that states are going to have to make is, is the reward from the religious groups greater than the cost in lost business."

Have these "religious freedom restoration" laws already been used as legal defenses?

Yup. The Human Rights Campaign pointed CNN to several cases in which individuals have used these laws in court -- and not just in cases involving LGBT people and weddings.

A photographer in New Mexico used religious freedom as a defense for not serving a lesbian couple in 2013.

Are there any protections against discrimination on the basis of sexual orientation?

Yes, 21 states currently have laws on the books prohibiting discrimination on the basis of sexual orientation. And another 9 have those protections, but just for public employees.