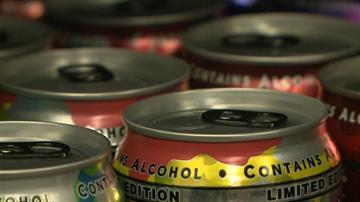 But due to Indiana state law, he's only able to do so six days a week.

"It's embarrassing," Tlvedi said. "Believe me."

That frustration could soon change though.

If Indiana legislators allow alcohol to be sold on Sunday, businesses near the state line will either be greatly helped or seriously hurt.

That's more than half his business.

"There's four or five stores at the state line that the only reason they're in business is because of Sunday," Singh said.

Many across the line said it's an outdated order.

Figures from the Indiana Retail Association show the state loses at least $10 million per year to places like Michigan.

"This is one of those last vestiges of that prohibition era," Grant Monahan, President of the Indiana Retail Association, said. "It's time Indiana modernize this law and enter the 21st century."

And for Tlivedi, he's hoping that change comes soon.

"It's not a fair share at this point," Tlvedi said. "Because Michigan is getting an advantage on Sunday sales."