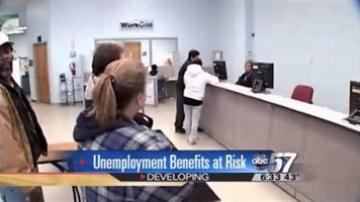 Unemployment rates are dropping in Indiana. The newest numbers show Indiana’s jobless rate is 8.7%, but that is higher than the national average.

Although these numbers might look good on paper, it is not good news if you have not found a job. The lower unemployment rate means that Indiana no longer qualifies for federal unemployment benefits after April 15th. If you are unemployed this means that the most you can get is 79 weeks of benefits rather than 99.

According to federal statistics, Indiana has 2% of the nation’s population, and added 5% of its total job growth for January. The Indiana Department of Workforce Development says Indiana does not qualify for those benefits because its numbers are not 100% higher than three years ago.

The last 20-weeks of benefits will be cut April 15h.