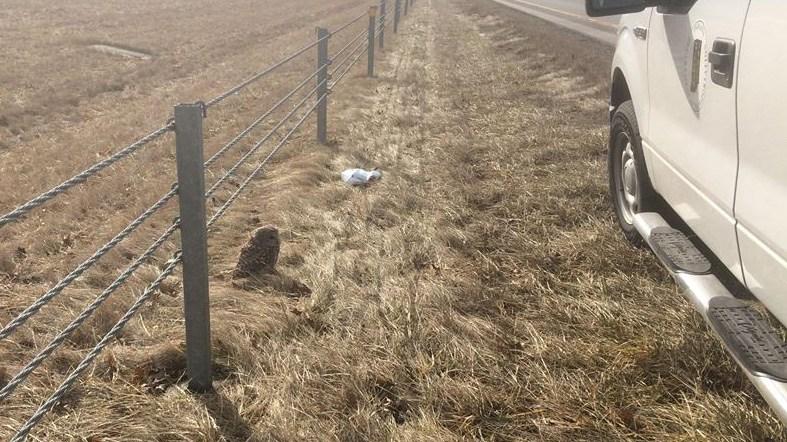 INDOT crews in DeKalb County found a stranded barred owl on I-69 while out repairing a cable barrier on Monday.

They said their crews worked to protect the owl, who seemed to be blind.

The crews contacted the DNR and they contacted the Soarin' Hawk Raptor Rehab. One of their workers arrived and took the owl to their facility.

Soarin' Hawk released an update about the owl on Tuesday.

They said the barred owl's left eye has lesions inside it, which means it may have been blind in that eye for a while.

His right eye has some response to light, so they are hoping the owl will regain vision in that eye.

If he is blind in only one eye, they may place him as an educational bird.

Further updates will be posted to their Facebook page: