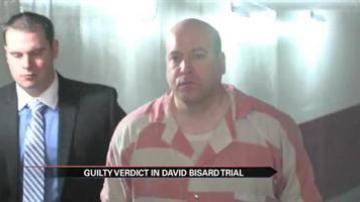 INDIANAPOLIS -- The jury reached a verdict after three weeks of testimony in the trial against an Indianapolis police officer.

David Bisard is guilty of drinking and driving in the 2010 crash that killed Eric Wells and badly injured two others.

The jury found him guilty of reckless homicide.

The victim's family was pleased with the verdict.

"We wasn't expecting the verdict that we got, but we are very pleased with it.. and we appreciate it very much," said Mary Wells, Eric's mother.

"There is no reason to celebrate tonight. The events of  that night in 2010 were without question a tragedy for everyone involved," said Marion County Prosecutor Terry Curry.