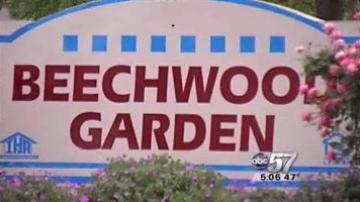 INDIANAPOLIS, Ind. – An Indy teenager is locked up after police say she stabbed her 4-year-old cousin to death.

It happened at an apartment complex around 11 Saturday night. Officers say 4-year-old Leon Thomas III was stabbed several times. He was taken to Riley Hospital where he later died.

Police found his 14-year-old cousin walking several blocks from the apartment. She was covered in blood.

"The hope is that this child will get the services they need to become a better person,” said Indianapolis police spokesman Officer Kendale Adams. “Obviously this person needs a lot of social services and professional services.”

The teen is facing a preliminary murder charge. Final charges have yet to be decided by the Marion County Prosecutor's Office.