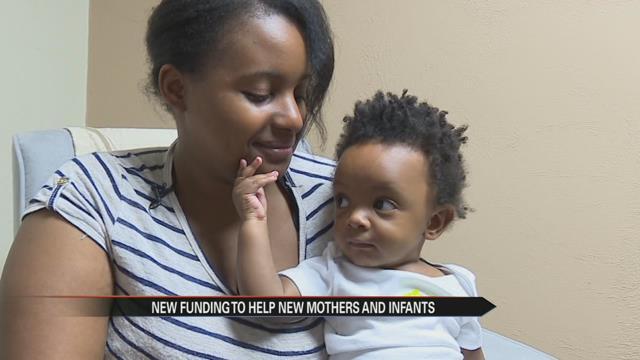 They’re hoping with the right funding, they could save many lives.

The Speak Life Initiative is applying for a state grant to keep babies alive during their first year of birth.

It’s moms like Quest Pickens, and her son, Orion, that inspired the initiative.

Quest chose to breastfeed her Orion for his health.

In the beginning however, Quest had little guidance.

“No one in my family has breast fed in years since my great grandmother,” Quest said.

According to the Center for Disease Control, African-American children are at higher risk for infant mortality, and their moms are less likely to breastfeed.

“I think it relates back to history, back in the past when they didn’t have really a choice or it was a job for them outside the home while their children starved,” Quest said.

So she turned to Community Wellness Partners, and found a doula, Kelli Brien.

“It’s very important to have support to know that you’re not alone,” Brien said.

They encouraging breastfeeding, provide transportation for healthcare appointments, and much more.

Her program isn’t the only one in northern Indiana to combat infant mortality.

Brien says expanding their efforts could save many lives, so more families like the Pickens can have a good start.

“That was a huge thing to have the health benefits of him being able to not get sick like that,” Quest said of Orion.