Inmate fighting at Westville's prison is nothing out of the ordinary 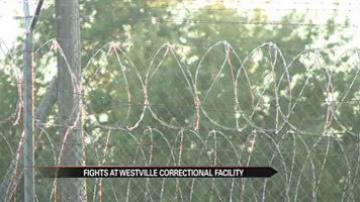 WESTVILLE, Ind.-- Inmate fighting this week at Westville's correctional facility is nothing new to this small town.

Mike Albert said, “It’s like Vegas. What happens there stays there. I don’t think people in town are alarmed.”

Mike Albert is President of Westville’s town council. He has lived in the community his entire life.

He says the fighting that happened at the jail this week is nothing compared to decades ago.

Albert said, “I really don’t think there’s concern of anything happening in the community especially compared to what there was twenty years ago.”

Originally the jail was a mental hospital and during the conversion to a correctional facility, there were a few jail breaks.

Albert said, “There were quite a few escapes then, but in the past fifteen to twenty years that hasn’t been an issue.”

Albert worked at the jail for over a year and said it would be impossible to escape now.

“It’s a lot better than it was... And they are really good about alerting the community if somebody gets out,” Albert said.

ABC57 called the prison tonight to ask about the fighting, however the supervisors who are authorized to talk to the media were not on duty.
Share this article: