Interfaith organizations call for state rep to apologize for his comments 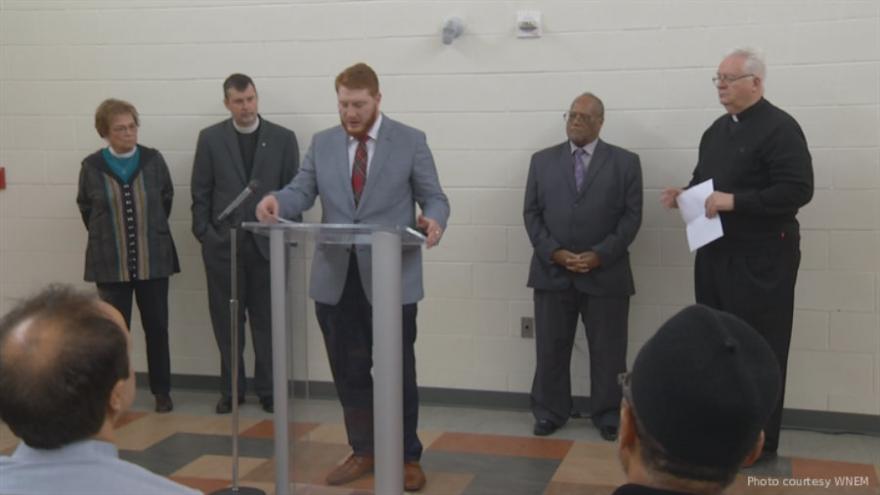 Saginaw, Michigan (WNEM) -- A pair of organizations are calling on a local politician to walk back on the comments he made more than five years ago.

Saginaw State Rep. Tim Kelly had been up for a job in the Trump administration, but last week was dropped from consideration over comments he made on his blog before ever becoming a state lawmaker.

“The statement that Representative Kelly posted is something we find abhorrent and we feel the need to stand up and say something about,” said Charles Coleman, pastor and chair of Ezekial Project.

Statements Kelly posted years ago online in blog posts are now being called into question.

In the blog posts Kelly called for a no-fly list for Muslims, comments on the head-start program, and comments about recruiting women for careers in science.

The blog posts have recently re-surfaced. Constituents in the Saginaw area are speaking out in anger.

"Representative Kelly has made it clear that he’s not willing to reconcile, he’s not apologetic," said Safwan Eid, Iman at Saginaw Islamic Center.

Representatives from the Ezekial Project, an interfaith advocacy group, met at the Saginaw Islamic Center to publicly call out the representative for his words. Words they said don’t reflect the community he represents.

“It’s problematic for those of us who understand how the processes work and understand that someone who has negative impressions of groups has the power to make decisions that impacts those groups," Coleman said.

The Ezekial Project isn’t necessarily asking Kelly to step down, but rather publicly say he no longer agrees with those thoughts and that he’s welcome to visit the Islamic Center to learn more about his constituents.

Eid said he’s not offended by the words, but he said he’s worried about the impact of those words.

Kelly was recently dropped from consideration for a job in the Department of Education in the Trump administration.

After Kelly was removed from consideration for the Trump administration job, TV5 reached out to his office for comment but have not heard back.