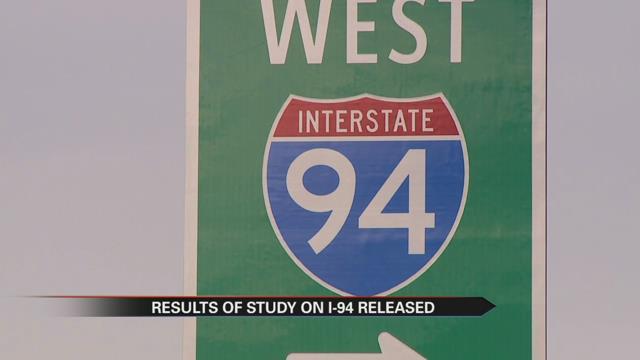 Following a 193 car pile up on Interstate 94 near Kalamazoo last winter, a study was ordered by state officials and its findings were released on Monday.

Senator Margaret O'Brien said, "We definitely need data when we want to advocate for spending the type of money to expand I-94. So now we have the data. So now what it's really about is long term planning."

Senator O'Brien said the study was conducted from the Indiana state line to Jackson County in Michigan.

O’Brien said, "And some of what we fund, there's very short merge lanes in some of the areas. We believe cause a lot of accidents. Looking at all those interchanges as we go east on 94. I'm optimistic that we can create a long term plan to solve these problems."

Those who conducted the study suggested putting weather detection equipment and signs near certain curves on I-94 to alert drivers to potential dangers.

Drivers pointed out "Puetz curve" as the biggest danger on I-94 in Berrien County.

Paul Oberlee said, “If the road conditions aren’t dry and you’re speeding, It’s going to push your car to the outside of the curve so it’s kind of dangerous. It probably should be sloped.”

The document is nearly a hundred pages but here is some of the data they collected:

* Crashes occurred 16.3 percent more frequently in the eastbound direction compared to westbound. Eastbound crashes were particularly overrepresented in Berrien, Van Buren, and Jackson Counties. This directional disparity may be attributed to differing geometric conditions between the two directions, particularly near interchanges.

*Approximately 65 percent of the winter season crashes involved a vehicle driving “too fast for conditions”, compared to only 38 percent of all-season crashes. This suggests that speed plays a greater role in winter-season crashes compared to other seasons. This also supports the Michigan iii State Police findings from the January 9, 2015 crash, in which a total of 58 drivers were cited for driving too fast for conditions, including 30 commercial drivers.