Investigation continues into who shot at Elkhart deputies at gas station 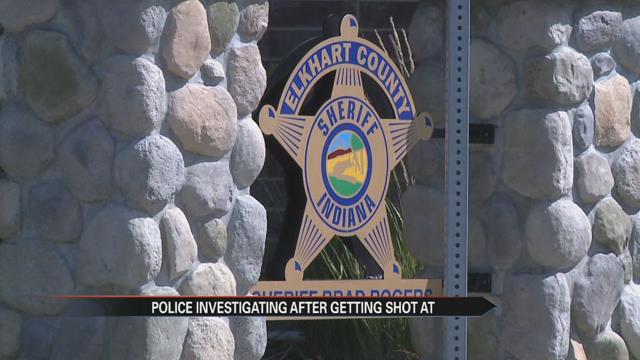 The investigation into who shot at Elkhart County sheriff’s deputies continues. This weekend, the department said two deputies were getting gas when bullets whizzed past them, but they weren’t hurt.

On Monday, the Undersheriff said officers are trained for these situations, but regardless it's still a concern.

"Any time there is gunfire around officers it’s really not a common place to have that so it really causes us some concerns as to why that would have happened," said Undersheriff Sean Holmes.

Undersheriff Holmes says they will be thorough when piecing this one together.

"It really isn’t something we’re going to rush into. Now that everything is slowed down, everybody is safe," Undersheriff Holmes said. "You just kind of slow things down like any investigation. Take your time and make sure you get it right.”

Officers are expected to have street knowledge when it comes to being on duty. They receive training on situational awareness which teaches them how to be safe and smart in public.

Undersheriff Holmes says there will be no change on how officers prepare for the real world.

“So to say that we would implement any new tactics or anything like that, this one incident isn’t going to change how we train our officers,”says Holmes.

Friday night they zeroed in on a nearby home. They got a search warrant and went inside but no arrests were made.

“We’re glad this was a near miss. Again, we don’t know exactly the details of what happened so to comment on exactly what was going on is kind of hard to do. So we’re just proceeding with caution.”