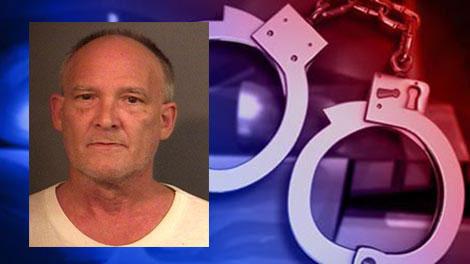 Cass County Prosecutor Victor Fitz released the probable cause affidavit for Raymond Richmond, who was charged last week with the murder of his cousin in 1977.

Edwardsburg Police Chief Timothy Kozal reopened the case of Robert Stasiak's death in 2015. He died of a single gunshot wound on November 2, 1977 at his parent's home, but it was originally ruled a suicide.

After Chief Kozal reopened the case, he sent evidence to the Michigan State Police Forensic Lab.

They determined the .22-caliber long rifle used to kill Stasiak was held at a distance greater than contact.

In addition, Kalamazoo Public Safety Lab Specialist Gary Latham determined a person could hold the .22-caliber rifle and activate the trigger for a self-inflicted gunshot wound. However, to do it at a distance greater than contact would require the gun to be held at an angle that does not correspond with the wound path.

During the reopened investigation, Chief Kozal learned Raymond Richmond admitted to Stasiak's widow and daughter in June 1993 that he killed Stasiak.

Richmond also allegedly made verbal and handwritten statements while in Oaklawn Hospital that he killed Stasiak.

Richmond allegedly was angry at Stasiak for flushing marijuana down the toilet.

Richmond said he went to the house to confront Stasiak, pointed the gun and it went off, according to the probable cause affidavit.

Richmond was arraigned Monday, May 9.