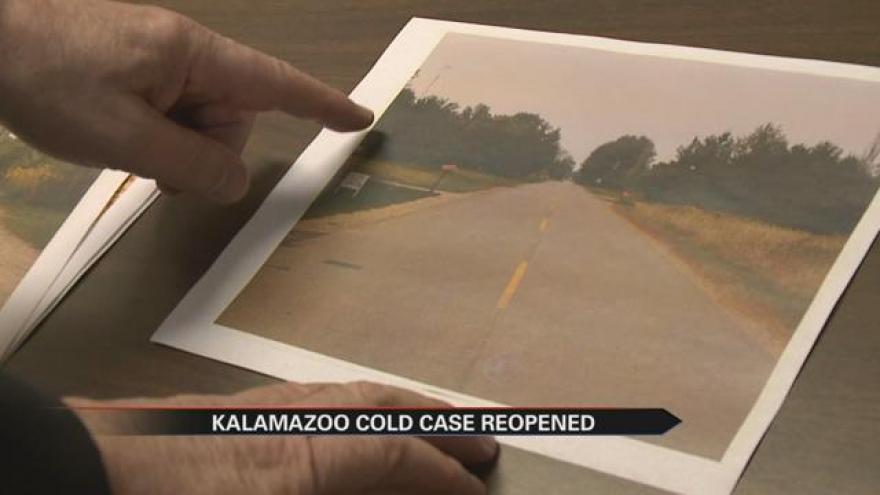 A Michigan cold case from the 80’s is back in the spotlight and the investigation has brought detectives to Michiana.

Police reports, witness statements and crime scene photos only tell part of the story of how 16-year-old Erik Cross was murdered following a high school party 32 years ago in Vicksburg.

Polce say Cross was struck by a vehicle multiple times, and dragged along the road.

“These people knew who he was, they knew where he lived. They knew everything about him. We think we know what happened but we need to hear it from some of the key players of the crime,” said Matyas.

Matyas says those key covered their tracks, but their involvement in the crime is known to the community.

“The cover up and the behaviors that went on back then really stiffened the case back in the 1980’s,” said Matyas.

Police have named several others, including Spaulding’s former girlfriend as persons of interest.

Now in her late 40’s, Amber Thomas lives in Edwardsburg and works in Granger.

Like the other’s involved, questions to Thomas from police have been ignored.

“The police department has reached out to the individuals involved asking them to come forward, kind of an olive branch and we’re very poignant in that we told them they could speak to us now or they will be dancing with the devil. In each case they’ve chosen to dance with the devil,” said Matyas.

That day could be coming soon. Four months ago, a crucial new tip came in to police.

“To the people who are involved in this matter, I’ve said it before and I’ll say it again—the next time you see me it’s going to be with an arrest warrant,” said Matyas.

Police believe there’s more information out there and they want to hear from anyone who might be able to provide some answers.

“You know if you’re the family, you would like this conclusion to be yesterday, not tomorrow. It is said that the spirit of the deceased never dies until all matters on earth are resolved and the spirit of Erik Cross has clearly not died yet,” said Matyas.

If you have any information on the murder of Erik Cross, you’re urged to contact the Kalamazoo County Sheriff’s Office.