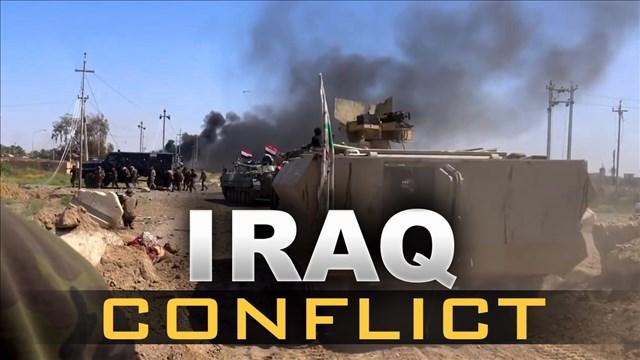 (CNN) -- Iraq has hanged 36 people for taking part in the massacre of as many as 1,700 men in ISIS-controlled territory in 2014, a local governor said.

The killings have come to be known as the "Speicher Massacre" because it took place at Camp Speicher -- a former US base near Tikrit -- after ISIS forces took control of the area.

ISIS released videos after the massacre that showed what seemed to be an endless line of Iraqi military recruits being marched at gunpoint. Later, ISIS posted images showing mass murders.

Human Rights Watch described the massacre as the "largest reported incident" where "ISIS captured more than 1,000 soldiers fleeing Camp Speicher ... then summarily executed at least 800 of them."

Nasiri was present at the executions. He told CNN that the men were hanged "in the presence of some family members of the Speicher massacre victims, a legal committee, the minister of Justice and other security departments representatives."

Before Iraqi forces retook the base in 2015, so-called "Speicher families" waited nearly a year to find out what happened to their missing sons, brothers and husbands.

Family members gave DNA samples to the Ministry of Health to help authorities identify the bodies.

US commander wants to defeat ISIS within a year

In June, CIA Director John Brennan testified before Congress that ISIS still has about 18,000-22,000 fighters in Iraq and Syria. He said ISIS has lost "large stretches" of territory in both of those countries, has experienced a reduction of finances and has struggled to replenish its ranks as fewer foreign fighters have been traveling to those countries.

The top commander of US troops in Iraq and Syria, Lt. Gen. Stephen Townsend, told CNN from his Baghdad headquarters Saturday that he plans to keep up the pressure on ISIS.

He laid out an ambitious military goal: for the US-led coalition to "defeat ISIL in Iraq and Syria in this next year."

Related story: US commander warns Syria and Russia
Townsend emphasized he is aware that may be ambitious, but he added, "That's my goal. I am intent to do that."

When asked how he would define the defeat of ISIS, the general said it would be when the so-called caliphate no longer exists and does not control significant population centers.

CNN's Arwa Damon and Barbara Starr contributed to this report.