Irish defensive coach reportedly in running for BC job 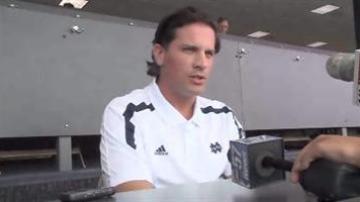 NOTRE DAME, Ind. -- One of the coaches behind Notre Dame's shot at the national championship is reportedly be considered for the Boston College coach's job.

The Chicago Tribune is reporting that defensive coordinator Bob Diaco is one of the candidates for the head coach's job.

Ball State coach Pete Lembo is also reportedly being considered for the job.

No word on when Boston College will make announcement on the new head coach.