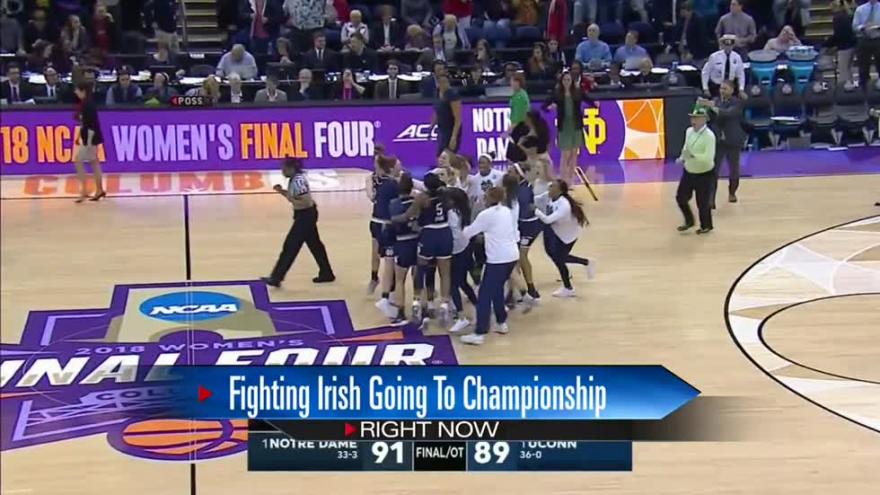 COLUMBUS, Oh.  -- The University of Notre Dame Fighting Irish are headed to the NCAA Title Game after defeated UConn in a thriller that went into overtime on Friday.

The women’s basketball team faced adversity all season losing multiple players to injury, but still found a way to overcome the odds against them.

ABC 57's Allison Hayes was in Columbus and got a chance to speak with Head Coach Muffet McGraw after the game about the emotional win and what it meant to this team.

Contributions to this story also made by: Allison Hayes
Share this article: