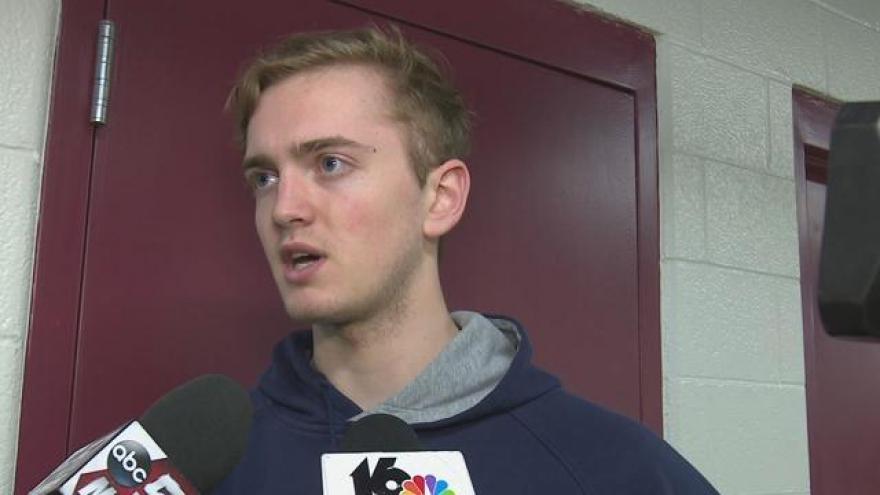 Notre Dame's hockey team is set to play Denver in the Frozen Four Thursday night. This is familiar territory for Jeff Jackson's team.

The Fighting Irish are the lowest seed left in the tourney but they're not playing like it.

A couple months ago, just making the NCAA tournament was going to be tough for Notre Dame.

The Irish struggled to find any sort of consistency, but then something clicked.

"We knew it was coming sort of with this group of guys, we got a lot of skill, a lot of grit, a lot of guys who play desperate," said Anders Bjork.

"Now that we've found our identity and found what it takes to beat the top teams, you know we have a lot of confidence to be able to go into a game like this and play freely and have this sort of success," said Cal Peterson.

Adversity will strike at some point Thursday night, but as shown over the last couple of months counting this team out is a mistake the Irish have taken advantage of

"Do the little things right especially when we're behind and we were just waiting for things to click and it finally did the last 6 or 8 games of the regular season and has carried through the playoffs," said Bjork.

"We've needed all these games and we've been rolling so I think we're confident right now, we really just have to play our game," said Tori Dello.

The mindset doesn't change. It's win or go home - a desperate team looking to advance to the national championship.

"Oh yeah we're going to be real desperate, we really want to win and you know we're the host team, so might as well," said Bobby Nardella.