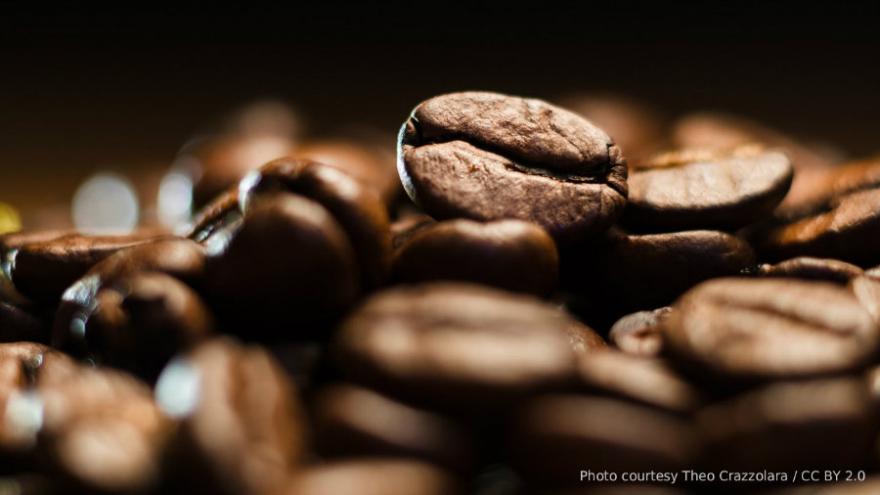 (CNN) -- Yes, go ahead and grab that cup of joe, or two, or more. Doing so may improve your health and help you live longer, suggests new research.

In a new observational study involving close to 20,000 individuals, people who consumed at least four cups of coffee daily had a 64% lower risk of early death compared to those never or rarely consumed coffee.

The reduction in risk was more significant once people reached the age of 45, suggesting that it may be even more beneficial to consume coffee as we get older.

These findings echo the recent results of another large observational study, which found that coffee drinkers appear to live longer, regardless of whether they consume regular or decaf coffee.

Coffee has also been shown to reduce the risk of many diseases, including type 2 diabetes, liver disease, colorectal cancer, Alzheimer's and skin cancer, too.

"Coffee is loaded with antioxidants," said Joe DeRupo, a spokesman for the National Coffee Association. "Many are naturally occurring antioxidants found in the coffee bean, while others are created during the roasting process. It's these compounds that science links with positive effects in reducing the risk of several diseases."

Some of the compounds commonly found in coffee "have been related to better insulin sensitivity, liver function and reduced chronic inflammation," said V. Wendy Setiawan, an associate professor of preventive medicine at the Keck School of Medicine of USC, and the lead author of one of the recent studies on coffee consumption and longevity.

While coffee consumption may appear to be healthful for many, others should proceed with caution. Pregnant women, for example, should cautiously limit their intake of caffeinated coffee.

"Current evidence suggests that consuming moderate amounts of caffeine up to 200 mg per day, the amount in a 12-ounce cup of coffee, is not associated with increased risks for miscarriage or preterm birth," said Dr. Joseph Wax, chair of the American College of Obstetricians and Gynecologists' Committee on Obstetric Practice. "However, data are contradictory regarding these pregnancy outcomes when women consume more than 200 mg per day of caffeine." Additionally, "there is insufficient evidence to draw any conclusion regarding the effects of caffeine on fetal growth."

If you have any heart conditions, you should also limit your coffee and caffeine consumption. "Caffeine is an aggravator and accelerator of one's heart rate," said Dr. Vince Bufalino, a spokesman for the American Heart Association and senior vice president and senior medical director of Cardiology-AMG, Advocate Health Care, in Naperville, Illinois. "Those with atrial fibrillation (commonly known as irregular heartbeat) or hypertension should limit their caffeine intake. One to two cups daily is probably fine, but if you are sensitive, you should restrict all caffeine."

"Decaf is not 'no-caf' -- so if you are drinking three cups of decaf per day, then I would restrict that," Bufalino said of people with heart conditions.

As for coffee's effects on bone health, caffeine in coffee can lead to calcium loss, but it is probably not worth worrying about. "Caffeine does increase urinary calcium loss, but it is balanced by increased calcium absorption so there seems to be no adverse effects on the calcium economy," said Connie Weaver, distinguished professor of nutrition science at Purdue University, who recently led a review of the research on calcium and bone health.

Before you take your next sips of coffee, heed these tips: