Is it possible to start an emergency youth shelter in Elkhart County? 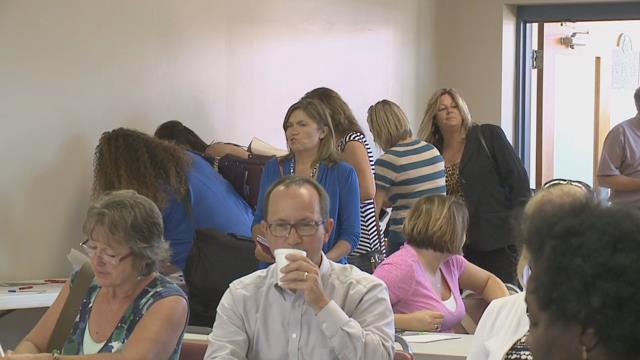 An advocate for the homeless wants community leaders to step up and address the lack of shelters for homeless youth in Elkhart County. This is an issue the advocate says affects hundreds of teens.

John Shafer founded Chicago and Michiana Five for the Homeless, which provides blankets and clothing for those without a home.

On Wednesday he led a meeting pleading local non-profits and the city to pay for an emergency youth shelter.

The numerous questions led to one major question ‘how is a project of this magnitude expected to become a reality?’

“Maintain it, finance it, all of those things need to be done,” said Mayor Dick Moore.

Mayor Moore was the first to present challenges with starting an emergency youth shelter in Elkhart.

“There is plenty of space that could be utilized but as far as who maintains it and who makes it work that is up to the rest of the folks that are here,” says Mayor Moore.

Moore explained that tax dollars would not be an option to fund the shelter. Community leaders began asking a flurry of follow up questions, wondering if there is a need to invest in such a project.

Browning works at a family shelter in Elkhart and challenges Shafer’s estimate of 200 homeless minors in the county. He also made a reference to a similar shelter that is no longer in existence.

“We ran an emergency shelter in Elkhart County from the 1970’s to 2012,” says Sean McCrindle, of Bashor Children’s Home. “In 2012 we decided to close the shelter because we were only servicing two kids a day.”

A woman who once lived on the streets as a teen was also at the meeting, offering perspective. She says often teens do not look for help because of fear and a lack of information.

“They feel like if they seek help that’s their only option so I think education at the root is important to teach them about the youth shelter,” says Angie Yoder.

Everyone in the room could agree the intent is in the right place but still wonder if the project is actually feasible. A second meeting will be held August 19th to continue the discussion.