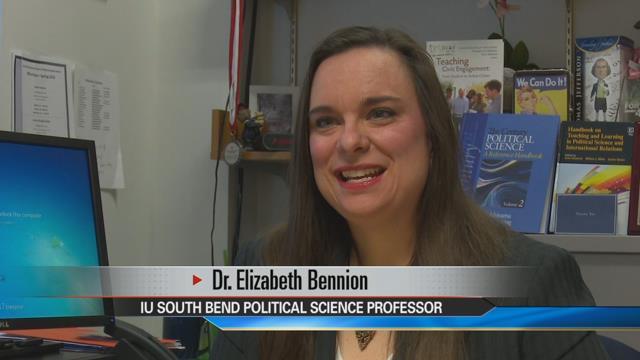 The presentation of Notre Dame’s prestigious Catholic honor is sparking some controversy this year.

The medal, which is the country’s most notable Catholic award, will be given to Vice President Joe Biden and former House Speaker John Boehner on Sunday – the first time a politician has received the award.

Some critics, including students and local pro-life advocates, argue Biden and Boehner do not represent the Catholic Church properly because of some of their political beliefs – Biden supports abortion and same-sex marriage while Boehner supports the death penalty.

In a recent press release, Notre Dame President Rev. John Jenkins said, “In recognizing both men, Notre Dame is not endorsing the policy positions of either, but celebrating two lives dedicated to keeping our democratic institutions working for the common good.”

The decision to honor the two men led some Notre Dame students to hold a prayer service/protest a few weeks ago, with some questioning if the university is treating the award of faith as a political chess piece.

Indiana University South Bend Political Science Professor Elizabeth Bennion sat down with ABC57 News on Saturday to discuss the politics of this situation.

When asked if she thought Sunday’s commencement ceremony was an appropriate stage to send a political message the school has indicated it intends to, she said the following:

“Well, I think that Notre Dame is a well-known, nationally and internationally-known Catholic university, and to the extent that they want to make a statement about the current state of the political world, what Father Jenkins has called this toxic political environment, there’s probably no louder way to make it than at commencement when all eyes are focused on Notre Dame. And, so, they have chosen to do this – whether it’s proper or not, I think, is a debate that the officials at Notre Dame will have, certainly students are weighing in, alumni are weighing in, the bishop is weighing in, on whether or not this is the appropriate place or time, and that’s really a decision for Notre Dame and what they want their commencement to be about.”

Some Notre Dame students have decided to skip commencement because they disagree with awarding Biden and Boehner the Laetare Medal and some local pro-life advocates are planning to protest.

ABC57’s Emily Kinzer and Taylor Popielarz will be reporting live from Notre Dame’s commencement beginning Sunday morning at 6 a.m., covering all the angles of this story.