Is there a future for electric cars? 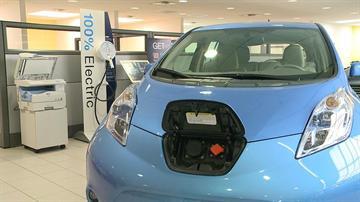 MISHAWAKA, Ind. - With electric car makers shutting down production and vehicles experiencing trouble, like the Chevy Volt, and some companies closing down completely like Bright Automotive who once planned to make hybrid vans at AM General folks are questioning whether electric cars have a future.

While in the past some people and some car dealers might have found electric cars like the Leaf impractical because of their short ranges and a lack of car charging stations, Orr says those problems are being solved.

"There are charging stations in Chicago right now, Indianapolis, there's quite a few in Michigan as well,” Orr explained.  “With the range that you have on the vehicle (100-miles) and the charging stations and the infrastructure in place, you can take a trip to Chicago and come back, that's really nice."

Orr also explained that vehicle prices are going down and there are tax breaks available for those who purchase electric cars.  More charging stations may also be popping up as businesses are starting to get tax breaks for installing chargers.

Plus, ever increasing gas prices are also expected to make consumers take a second look at electric cars.

"Four dollars a gallon is not something to shake a stick at these days,” Orr explained. “The gasoline engine isn't going away, but it's going to be a little while before that actually goes away, but this is going to be a nice alternative until that day happens."